Plant a tree in memory of Jake
An environmentally-friendly option 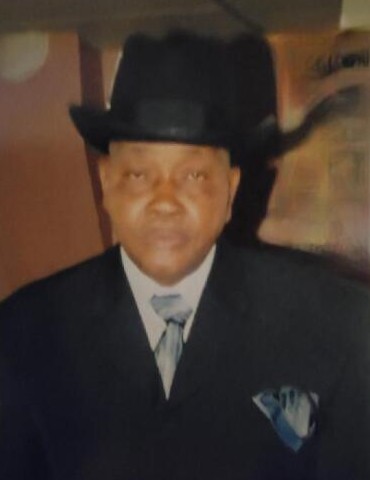 Jake W. McGeachy was born on October 9, 1931 to the late Nina McGeachy and Joyce Ester in St.

his family. Jake was united in Holy matrimony to the late Minnie McGeachy. From this union, two

children were born, one who preceded him in death, Jake W. McGeachy Jr. Jake was a founding member

of Victory Temple Church of God, founded by Jesus Christ where he confessed his love for Christ and

accepted him as his Lord and Savior at an early age and remained a member until God called him home.

Jake kept his commitment to God by reading his bible and praying daily.

It was during the late 50’s when Jake moved his family to Buffalo, New York. His love of music inspired

him to play the guitar for various groups around the city of Buffalo. It was around this time when he and

his friends formed the group we know today as the Gospel Tornadoes of Buffalo, NY. Jake was always

willing to share his gift of the love of music with others.

Jake was a man that was self-taught. He taught himself to fix cars, play the guitar and he even built a

house for his mother. He was the man that could fix anything and would sell everything. He brought his

love of the south to Buffalo and to many in Buffalo he was known as the “Pecan man”. Jake was an avid

fisherman and along with music, fishing was one of his favorite past times.

Jake worked at Dresser’s Industry where her retired in the late 90’s. After that he took a job delivering

the Buffalo Evening news until his health began to fail him.

Jake he departed this earth for his heavenly home on Sunday, July 4, 2021. Jake was preceded in death

by his late wife Minnie T. McGeachy, one son, Jake McGeachy Jr. and his only sister, Mary Lee Ray.

Today, he leaves to cherish his memory his daughter, Mary McSween, 3 grandchildren: Carmen

Holloman & Cariol Horne and a host of cousins, nieces and nephews.

Plant a tree in memory of Jake by clicking here.
To send flowers to Jake's family, please visit our floral store.

A service summary is not available

Plant a tree in memory of Jake
An environmentally-friendly option

Plant a tree in memory of Jake

1 tree planted in memory of Jake

A Memorial Tree was planted for Jake W. McGeachy

Plant a tree in memory of Jake